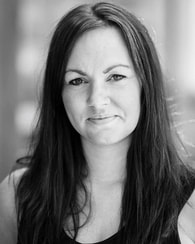 Nicola reluctantly started Junior Florians at the age of 11 when her mam suggested she come along and try a new hobby. However Nicola didn’t think it was for her despite her desire to sing and dance at every opportunity. One night in the little theatre workshopping The Pied Piper of Hamelin and Nicola was hooked!

Nicola left Inverness at 17 and went on to perform many more leading roles at Fife College Performing Arts, her favourite being Dotty Clackett in Michael Frayn’s Noises off! In her final year she was chosen to represent her college in Ken Alexander’s ‘Into the Woods’ at the reopening of the Byre theatre in St Andrews.

On returning home Nicola started her family whilst running a drama franchise Mini Motivators, working freelance for Eden Court Theatre and training to be an Early Years Practitioner. Experience in running drama classes for younger years saw her take up the position of Drama Tutor with Moray School, Saturday Stars. She later formed her own performing arts school through a partnership named Stagestruck Performing Arts with many a class hosted at the Florians Theatre.

Working freelance for Eden Court Theatre put Nicola in good stead to take up the position of Theatre Arts Worker for the Creative department, within which she would develop and deliver the Musical Theatre and LAMDA Musical Theatre programme, alongside workshopping in schools, devising community street theatre acts and directing National Theatre Connections newly commissioned plays for youth theatres.

Nicola’s passion for performing continued with her returning to The Florians (and Inverness Opera Company) to perform in pantomimes, musicals and the odd play but the pull of directing and choreography took her through new challenges as resident choreographer with Starlight Musical Theatre.

Now Artist Liaison Manager at Eden Court Theatre, Nicola continues to enjoy her passion working with Highland based artists and visiting companies from all over the uk and internationally.

The Florians was and still is a way of life for Nicola - not only because she married her childhood sweetheart in the theatre but because it fuelled and fulfilled a desire to be the best version of herself! Inspired by the “Flos Pros”and the platform that was available to her, it allowed her to have a career in the Arts and be in the fortunate position to share the same inspiration and empowerment with the youths she teaches today! Nicola says “Thank you Junior Flos”.
Florians Drama Club Florians Theatre Bught Drive Inverness